What is “Moderator Malpractice?”

How to Use Attention-Grabbing Video Snippets During a Panel Discussion 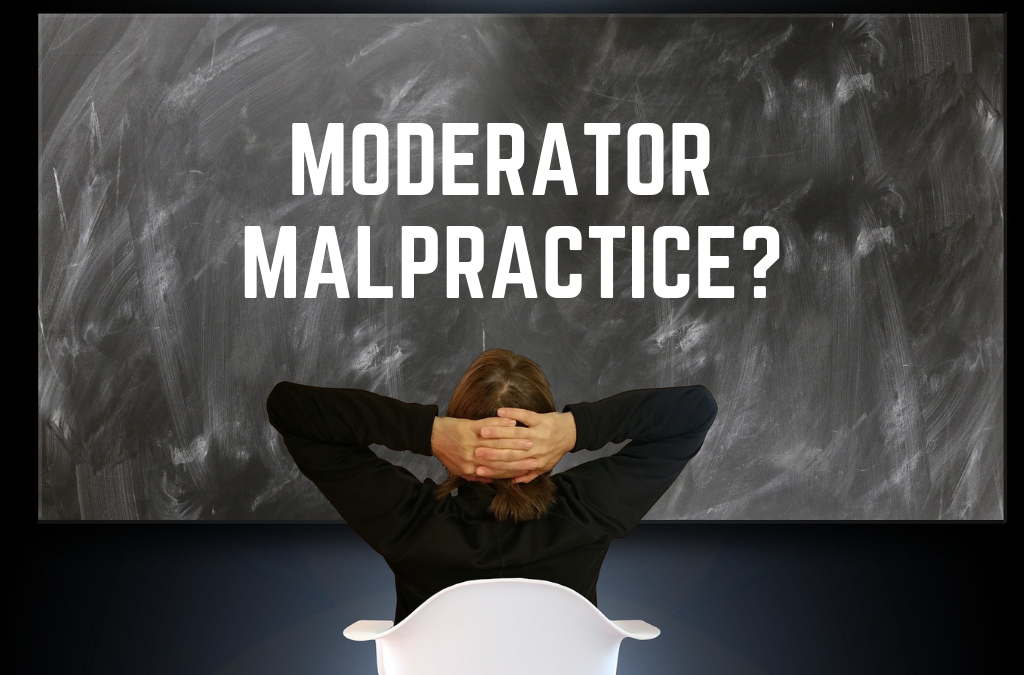 I heard a new term this past week: “Moderator Malpractice.”  Since I adore alliteration, I had to investigate further (in other words, I Googled it).

As far as I can tell (without looking at 198 results), the term started on online moderated forums where the moderator crossed the line of appropriate policing of the forum.  Then, in 2012, the term was bandied about for the uneven treatment of the panelists and the overt bias of Candy Crowley during the presidential debates.

Therefore, in the context of panel moderation, let me provide this definition of “panel moderator malpractice” based on a loose translation from the dictionary:

The improper, illegal, or negligent professional activity or treatment, especially by a panel moderator.
Let’s break this down:
What’s improper?  Gosh, there is a whole slew of things I could mention, but let’s boil it down to the essence: “Improper” would be anything that would be in direct conflict with the accepted rules or standards of the organization that is hosting the panel and/or the individuals attending the panel.  For example, dropping the “f-bomb” in a conservative, religious forum would, in most likelihood, be improper.
Illegal.  Originally, I was thinking that panel moderators wouldn’t do anything explicitly contrary to or forbidden by law.  But I have a philosophy: Never say never.  I suppose it could happen.  A moderator could slander a panelist or audience member.  Use a graphic, audio or video clip without permission.  Highly unlikely in a professional setting, but I guess it could happen.
Negligent.  Failing to take proper care in preparing the panelists, preparing great questions, thinking through the format, facilitating a robust and scintillating conversation – in other words, ensuring the panel objectives are met.  This happens far more frequently than I care to admit.
So now we have a word for it.  We can point to the travesty of panel discussions around the world: moderator malpractice. 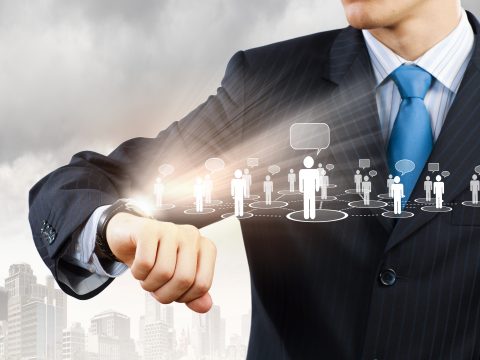 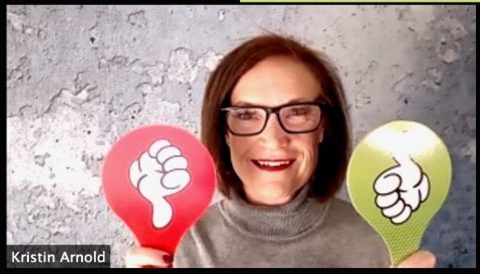 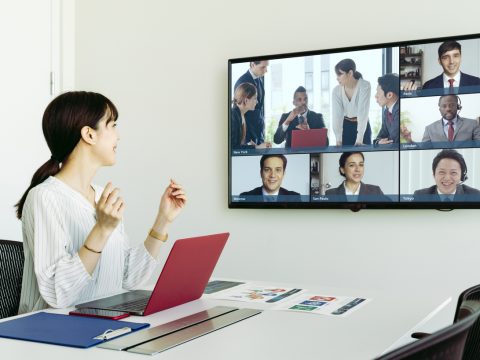