Where Should the Panel Moderator Stand? 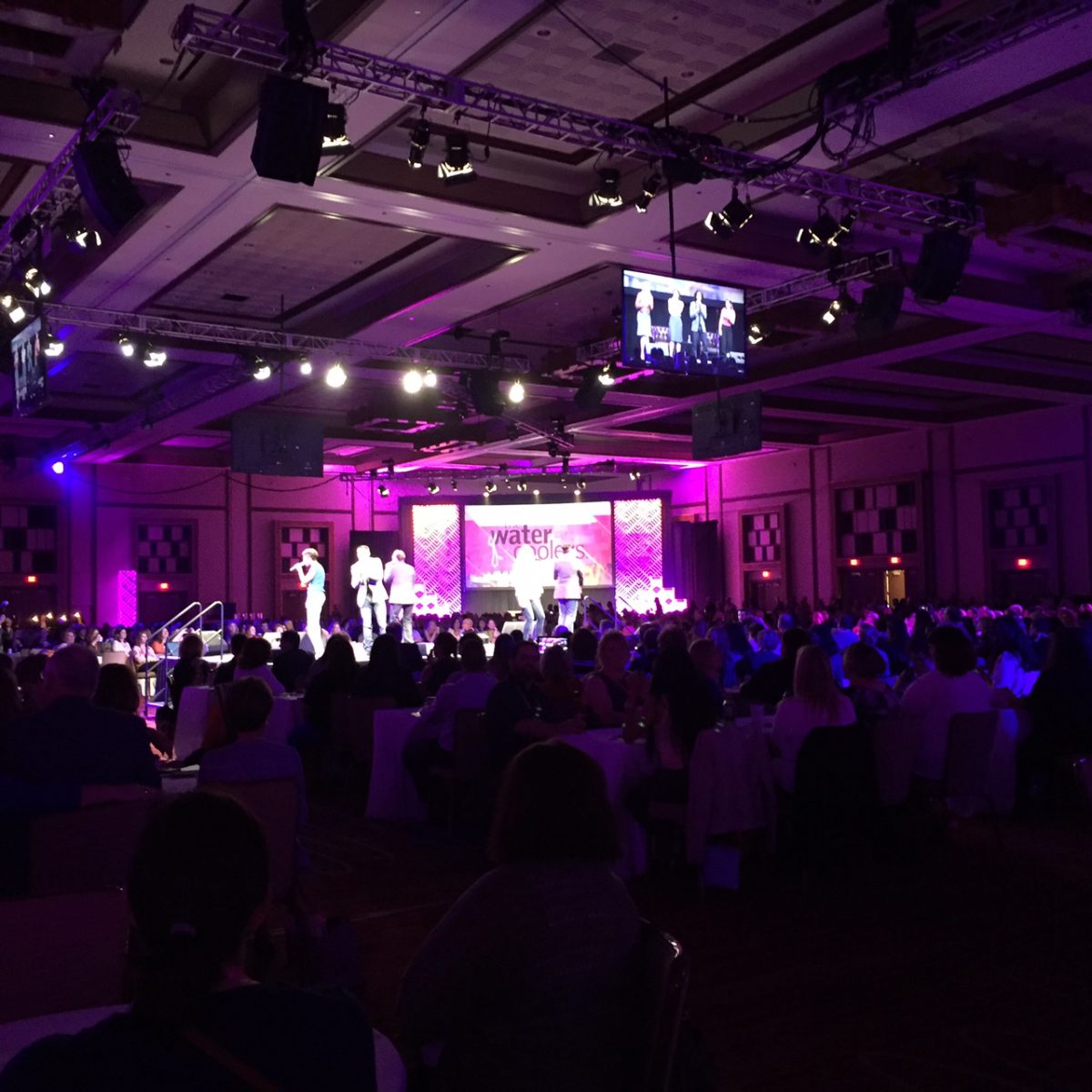 When I walked in to MPI’s World Education Congress in Atlantic City last week, I was delighted to see the ballroom set in a theater-in-the-round!  The square stage was smack dab in the middle of the ballroom, elevated by four to six feet, with stairs on opposing ends.  Over the stage, there were four large monitors suspended from the rafters, with four ginormous screens and separate stages at each corner of the room. Around the center stage, there were oblong tables and then along the periphery, multiple seating options (smaller round tables, leather couches, high-boys, charging stations…).

It was eye-popping, interesting, and completely different than a traditional general session set-up.  We knew we were in for a great convention.  Pretty cool, eh?

It was…and then it wasn’t.

The only people who used the center stage was the opening act (The Watercoolers who were absolutely outstanding!), the emcee (Dena Blizzard – who did a fabulous job keeping the program energizing and entertaining), the Poetic Voice Sekou Andrews, and a few times from CEO of Meeting Planners International Paul Van Deventer.  That was it.  Everything else was done on the corner stages, including a CEO interview (alas, no panel!) with the founder of SXSW Executive Director Mike Shea.

All of this sounds like a great idea.  Keep the audience guessing where to look.  Mix it up.  Speakers will be more comfortable with a traditional stage vs. theater-in-the-round.  (Rumor has it that a well-known speaker opted out once he knew about the room set – and that the poet decided at the last minute to do his speech from the center stage…and he did a masterful job connecting with the audience.)

But what actually happened from the audience’s perspective was a bit more subliminal.  Rather than creating the intimacy of sitting closely with each other and looking across the stage, the audience simply got tired.  Guessing where to look next, having to turn your chair, slouching in comfortable couches, by the third day, most of us were looking at the monitors.  The connection with each other was lost in the vastness of choice.  And because the ballroom was so big, there was often empty space in front of the corner stages…which, as a speaker is very hard to connect with an audience you can’t see.

I applaud MPI for taking a risk, trying something new…and “rewriting the rules” (the meeting theme).  I think the concept was spot on, but the devil is in the seating details….more seating options and bigger room does not necessarily mean better.

For more resources on how to make meetings, panels, and room sets better, make sure to check out this knowledge vault which is chock-full of customizable checklists, worksheets, templates, agendas, sample emails, video interviews and webinars with industry icons and professional moderators.

How To Set Up a Room for a Large Meeting 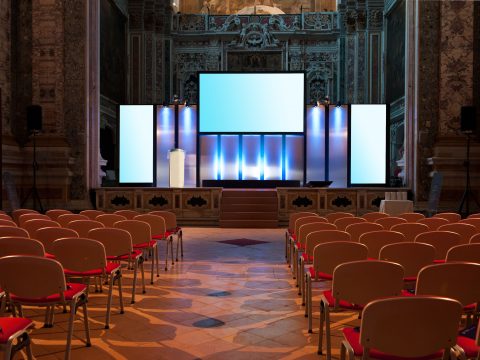 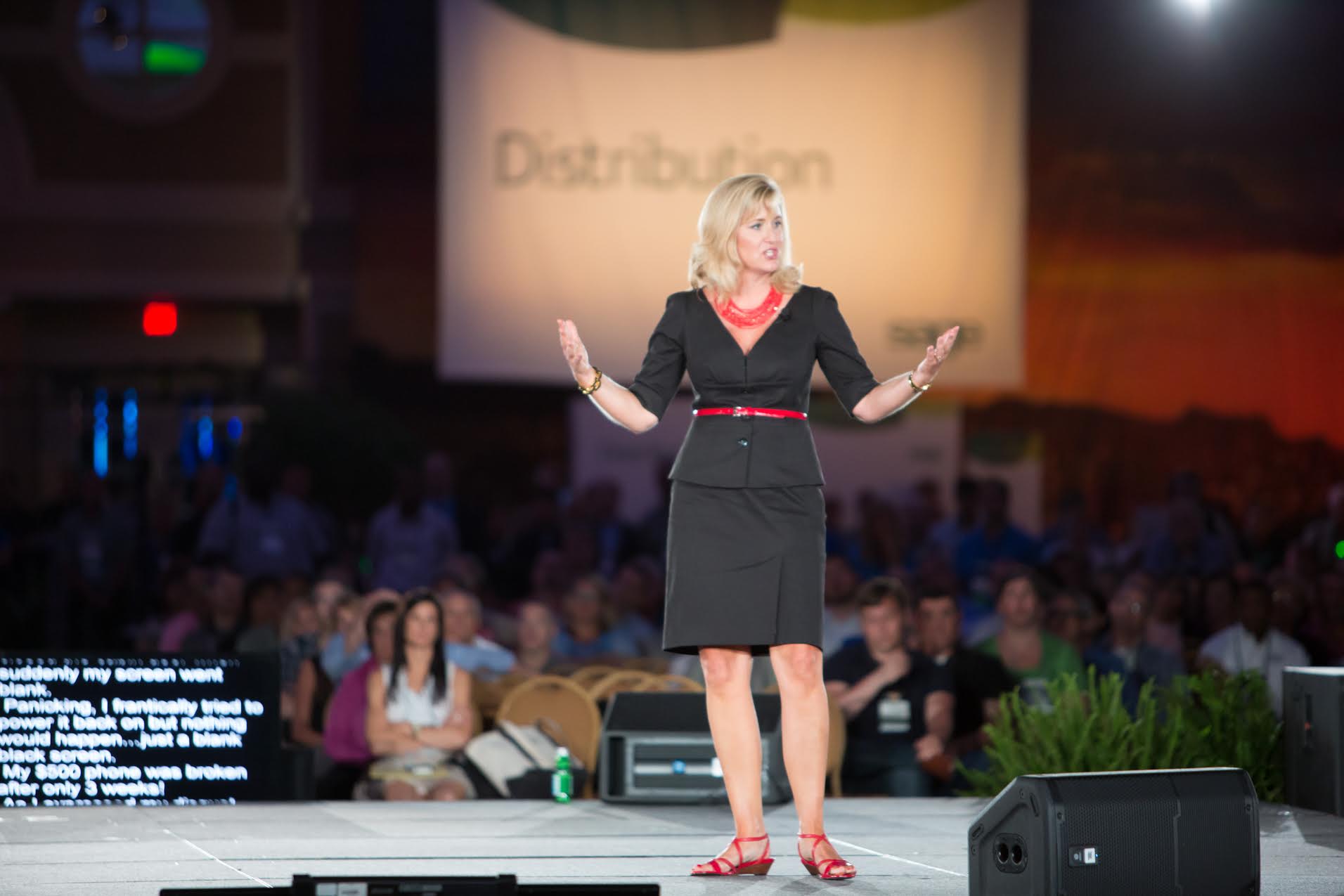 How To Set Up a Room for a Large Meeting