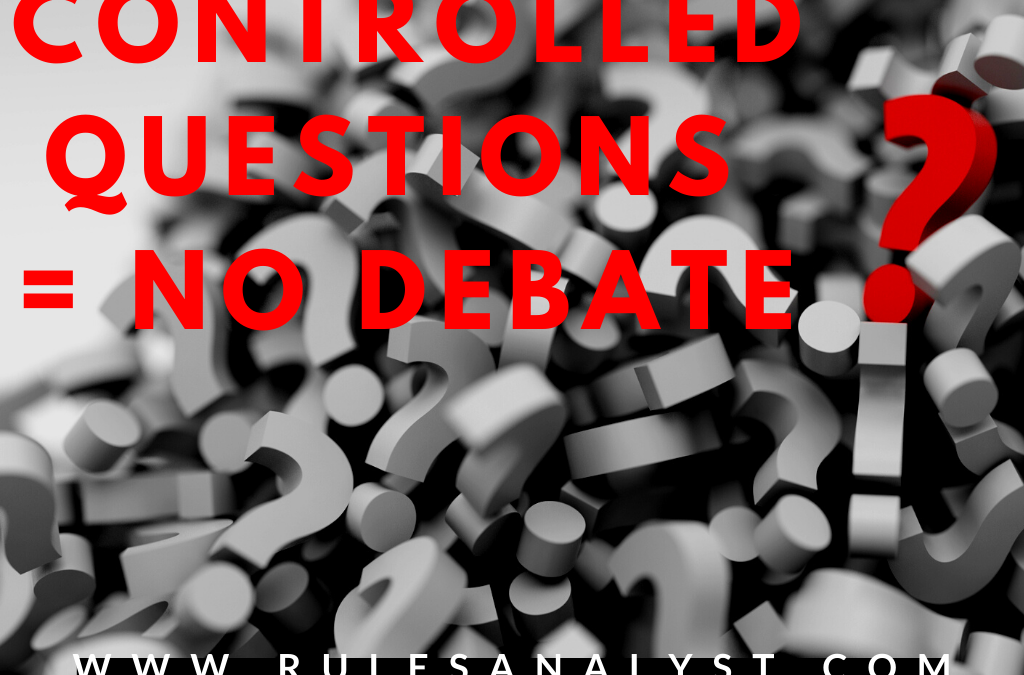 The 6th Democratic Presidential Debate was tightly controlled with the debate moderators asking very pointed questions. Unfortunately, they (for the most part) didn’t reinforce the expectation that the candidates would actually answer the question.

It got even more awkward when Moderator Judy Woodruff directed a question to Tom Steyer while asking Andrew Yang to comment.  Yang even shouted out “over here” to Moderator Woodward – which just feeds into his story that he has been marginalized.  Even though the moderators were more even-handed than others, Yang still had the least amount of airtime – even less than Tom Steyer!

What I find to be interesting about the above data is the amount of time “second-tier” candidates Pete Buttigieg and Amy Klobuchar had.  They were right up there with the top tier candidates – with the exception of Joe Biden (who had the third lowest amount of time).  And the fringe candidates (Yang and Steyer) had the least – which is not at all surprising. I do think this was the most “balanced” I’ve seen a debate – although Yang will disagree with me!

So let’s talk about questions.  The questioning strategy was for each moderator to tee up a topic, and then rifle a specific question to each candidate.  There wasn’t a whole lot of room for debate, rebuttals or responses.   Although several questions covered “new territory” by asking a specific nuance to a larger topic, (e.g. nuclear energy, boycotting the 2022 Olympics, compensation for separation at the border, integrating those with disabilities into the workforce), I got irritated when the candidates would pivot the question back to a larger topic.  And the moderators rarely followed up to get the answer to their specific question NOR asked follow up questions to spur dialogue among the candidates.

Just on a side note: The questions highlighted on the television (I was watching CNN) were a summary question and rarely captured the true question being asked of the candidate.

Furthermore, there were LOTS of opportunities to create interaction between the candidates, but the moderators seemed intent on staying on task and asking direct questions to the candidates. I was particularly intrigued with the question posed to Joe Biden about how he would encourage the cooperation of the Republican party.  Why not ask others how they would work both sides of the aisle?  Nope.  Didn’t happen.  We then went to Yang to ask his opinion about the lack of candidates of color. Opportunity missed.

And what about that question right before the last commercial/closing comments?  “What would you give as a gift or ask for forgiveness of a fellow candidate?”  I realize this is an effort to make the candidates more human and relatable – but it was awkward.  No one directly answered the question but made the comments about the American people vs. the candidates.  Another interesting side note: both women asked for forgiveness while the men gave a gift to the world.  That’s just weird.

There were two “clashes” among the candidates which only occurred because the candidates invoked the name of another candidate – which allows that other candidate to respond.  Yippee!  Now we can have the start of a conversation on two issues – but it wasn’t enough to make this debate interesting…unless you have been to a wine cave.

Amna Nawaz, was the most hard-lined moderator of them all.  When Bernie Sanders was given a question about race relations, he tried to harken back to an earlier question on climate change and she quickly intervened to say, “Senator, with all respect, this question is about race. Can you answer the question as it was asked?”  Love that.  Wish I saw that more.

You would think, with fewer candidates over 2.5 hours, we’d see a little more debate between the candidates.  Sigh.  Maybe next month?