Round 3 – Democratic National Debate….was NOT (really) a Debate!

BEWARE of the “Stacked Panel” At Your Next Conference 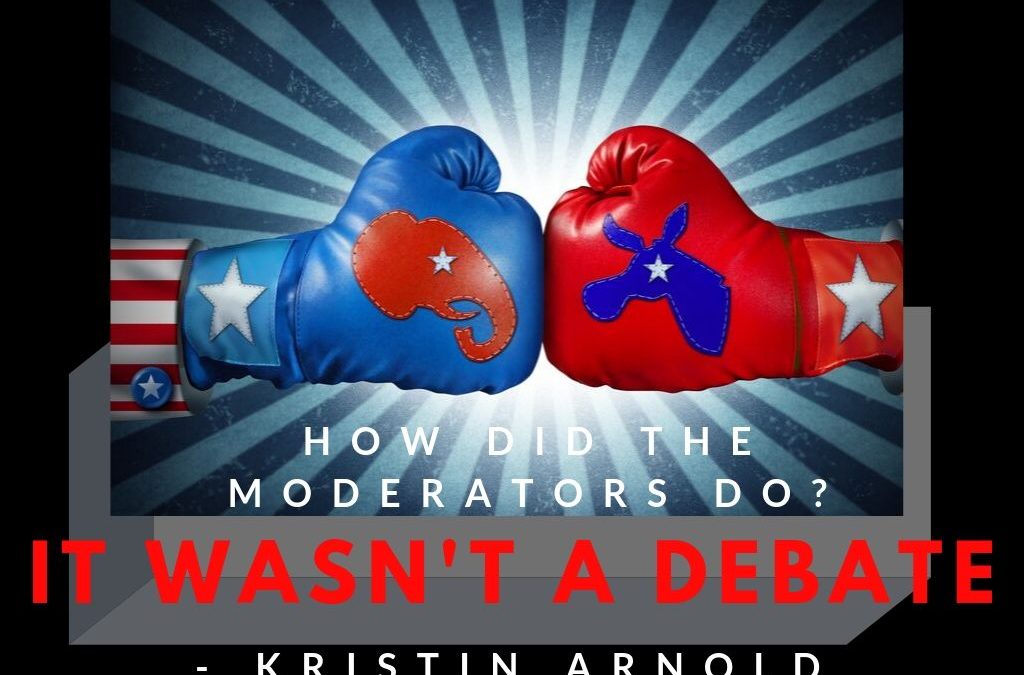 Nope.  It was a carefully scripted round of questions posed to the candidates (for the most part).

Moderator George Stephanopoulos started the debate by informing the audience that rules for the debate allowed the candidates to talk a tad bit longer (75 seconds for direct responses to questions and 45 seconds for rebuttals and responses vs. 60 seconds and 30 seconds respectively).   The candidates would see a “green, yellow, red” light and their “time would be reduced later on” if they interrupted (I still don’t know how they calculate that, but hey, it’s a ground rule!).  Just wished they would follow the rules….but hey!   They might be President of the United States – so who needs to follow the rules?

The first broad, closed question (it’s a simple yes or no) was directed to Joe Biden.  “Vice President Biden…Are Senators Warren and Sanders pushing too far beyond where Democrats want to go and where the country needs to go?”

Next two questions directed to Amy Kolbuchar and Kamala Harris also demanded more rebuttals.  At this point, I was happy to hear Stephanopolous reinforce the idea that “health care is the top issue for everyone in the country. I want to make sure everyone gets one minute to respond” and then proceeded to ask the folks who hadn’t weighed in.

That’s when Julian Castro called out Biden for “forgetting what you said two minutes ago!”  Where were the moderators in deflecting that sad attack?

The next question was called to Andrew Yang when Pete Buttigieg jumped in saying, “This is why presidential debates are becoming unwatchable…This reminds everybody of what they cannot stand about Washington, scoring points against each other, poking at each other, and telling each other that – – my plan, your plan. Look, we all have different visions for what is better…”

I’m thinking, “Wow! This is going to make for a pretty interesting debate!  Yep!  I’m watching…and I’ll bet people will be talking about this little kerfuffle.  But I have to wonder, who’s herding the cats?”

Interestingly enough, after this initial volley about healthcare, things calmed down quite a bit.  The moderators asked a question to a specific candidate.   The candidate answered the question (and even that is debatable!).  The moderator would rarely ask a probing follow up question – even when the candidate clearly did not answer the question!  I am sure the other candidates politely raised their hand to comment, but the moderator would move on to the next question.

That was pretty much the pace for the rest of the night with very little crosstalk.  The good news about this strategy was that there was a much more balanced distribution of the questions posed to the candidates.  But very little debating of the issues.  How was this any different than a town hall if the candidates aren’t going to talk to each other? 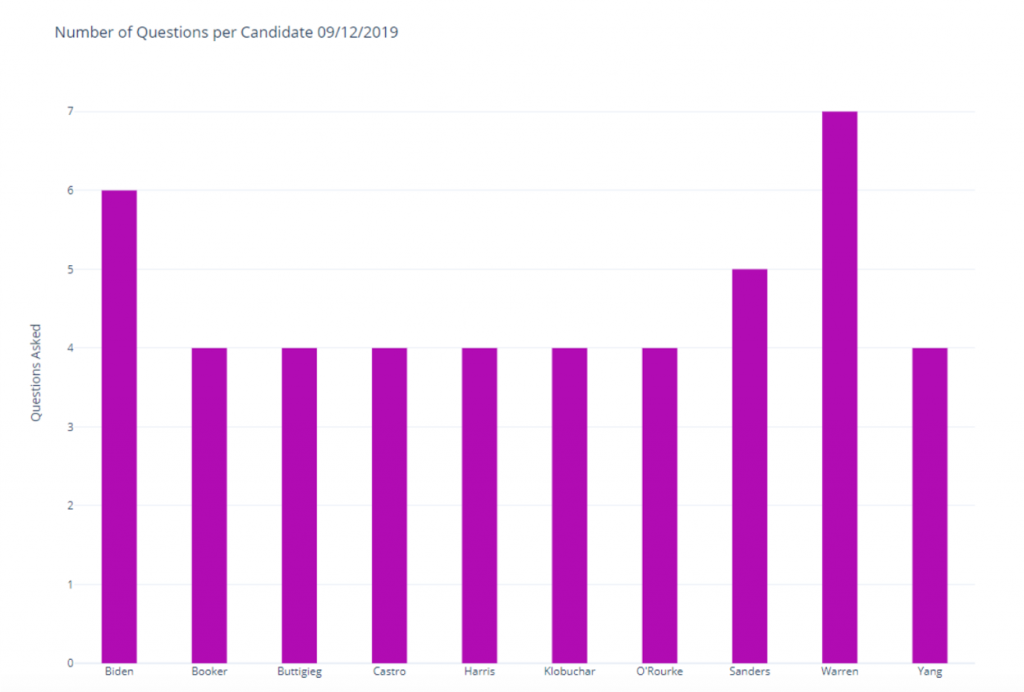 So while the moderators were better about giving all the candidates an opportunity to speak, they were far less effective in getting them to stay on time.  So much for the green/yellow/light system!  In fact, if you take a look at the stats, almost every single candidate spoke longer on average than the allowable time!  It got so out of control that toward the end of the debate, Harris’ time was up when the moderator said, “Thank you” to signify that she was out of time.  But then Harris continues and says, “But this is a critical point….” and is allowed to continue to talk!  She is reminded two more times before she finishes.  So it is no surprise that Biden, during the next question pipes up to say, “I’m going to go like the rest of them do, twice over, OK?” – and they let him go over time too!

I thought Moderator Linsey Davis asking a question toward the end of the debate in the education segment would have been better placed in the segment on race relations: “What responsibility do you think that Americans need to take to repair the legacy of slavery in our country?”  Do you think she forgot to ask it earlier?  Maybe it got lost in the question card shuffle and she really wanted to ask it?  Dunno…sadly, Biden clearly rambled through his answer….

There were several questions that pitted the candidates against each other (see the first question above!), and some that were rather incendiary (e.g. Moderator Jorge Ramos asking “President Trump has called Mexican immigrants rapists and killers, tried to ban Muslims from entering the country separated children from their parents.  His supporters have chanted, build a wall and send her back. Do you think that people who support President Trump and his immigration policies are racist?”).

BTW – I liked Stephanopolous’ sense of humor in response to Harris’ comparison of Trump to the Wizard of Oz.  He said, “I’m not even going to take the bait, Senator Harris. But I am going to take…this to Senator Sanders right now.”  Harris responded, “Oh, George, it wasn’t about you.”