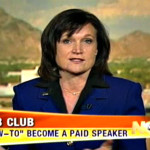 Award-winning author Kristin Arnold is a distinguished panel discussion expert.  A professional panel moderator and meeting facilitator, she has been featured on ABC and NBC as well as numerous publications such as Forbes, Harvard Business Update, USA Today, and Selling Power, Kristin knows what it takes to lead, facilitate and participate on high performing teams and panel discussions.

As the past President of the National Speakers Association of the United States (2010-11) and one of the first female graduates of the United States Coast Guard Academy, Kristin brings 20 years of practical team-building experience to your audience. She has worked with small businesses to Fortune 500 companies and is equally adept on the shop floor as she is in the executive boardroom. 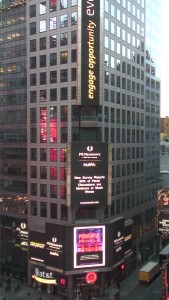 To schedule an interview or to invite Kristin Arnold to participate in an upcoming media-related event, please contact us, call 480.399.8489, or schedule a 15-minute conversation here.

The 2019-20 Presidential Debate season is a hot mess.  Most pundits are going to discuss what each candidate said. I’ll take a fresh and different angle: How did the moderators impact the discussion? Smackdown or Run Wild?

I am the panel discussion expert on moderating panel discussions.  I literally wrote the book on it.  Much like a football rules analyst, I comment on how objective, skilled, and fair the debate moderators were immediately after each debate.

I’ll provide real-time data to back up my assertions:

It’s a unique angle that hasn’t been reported…unless the debate goes off the rails.  Which it will.  The debates will be skewed, biased and crowded. And I’ll be there (live or Zoom) to report on all the salacious details for you.

Democratic Primary Debates 2019 (along with links to my commentary):

Democratic Primary Debates 2020 (along with links to my commentary):

To schedule an interview or to invite Kristin Arnold to participate in an upcoming media-related event, please contact us, call 480.399.8489, or schedule a 15-minute conversation here.