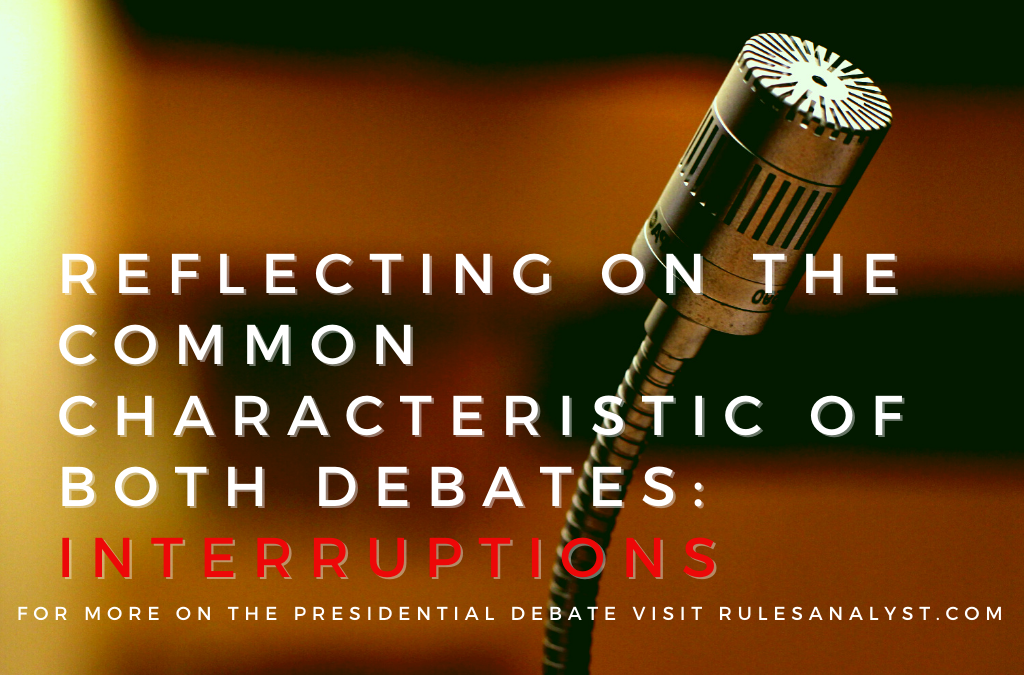 Scheduled for this week, the Second Presidential Debate has been canceled, so this gives a moment to reflect on a common characteristic of both debates:  the massive number of interruptions.

Yes, candidates are prone to interrupt each other in a debate.  Depending on the format, there can even be a bit of chaotic crosstalk.

Interruptions can also come from the moderator as a way to intervene – to remind the candidate that they are out of time, reiterate the question, cut off, or move to another question or topic.

During the 2019-20 Democratic primaries, the most egregious case of interruptions was during Debate #9 – Pete Buttigieg was interrupted four times.  The worst interrupter is a tie between Kristen Gillibrand in Debate #1 (second night), Amy Klobuchar in Debate #6, and Bernie Sanders in Debate #9 – with four interruptions.

Is this just a sign of the times?  That the level of discourse between our two political parties has devolved into a series of interruptions?  That there is so little respect between the candidates?  Or, in the case of the VP debate was it a bad case of manterruption?

I find it oddly unsettling (or reassuring?) that Kamala Harris demonstrated the same amount of restraint we witnessed during the primary debates…at least according to the numbers.  She interrupted the other candidate three times (that’s per the norm) and was interrupted six times.  (That’s above the norm).  The meme “Mr. Vice President, I’m speaking,” has flooded social media.

All the other stats are above the norm and stunningly high. What is most interesting is the sheer number of times the moderator had to interrupt the Republican candidates.  Nearly FIVE times as much as the Democratic candidates.  So is it a Republican tendency to go over time – demanding to be interrupted?

Regardless of cause, there needs to “be stronger reinforcement of the rules against interrupting and taking unequal time—something that this year’s political debates have shown is easier said than done,” says Cady Lang, Time Magazine journalist.

My hope is that Kristen Welker, Co-Anchor Weekend TODAY, White House Correspondent, NBC News, and the final debate moderator institutes strong ground rules – especially during “opportunities to respond to each other…and deeper discussion of the topic” – and firmly intervenes when those ground rules are broken. 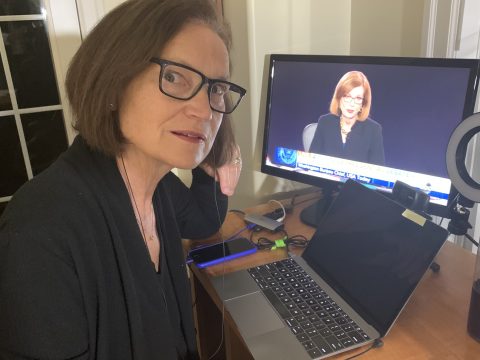