Make Your Mark as a Moderator with Opening Remarks 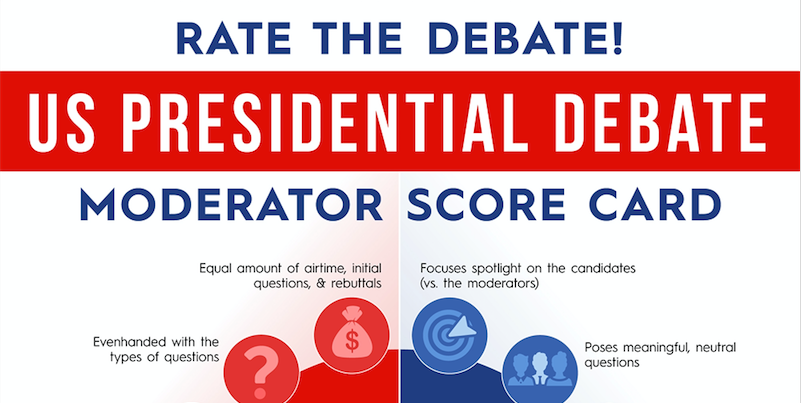 It’s tribal council time for Survivor 2020 – Democratic Presidential Candidate Edition!  The DNC wants to winnow the slate of candidates – so don’t be surprised when Jake Tapper moderates a divisive debate next week to kick a few candidates off the island.

As a leading authority in panel moderation, I’ll be commenting on the performance of the debate moderators immediately after each debate. Here’s what you can expect next week:
FYI – Here’s what I look at during the debates. 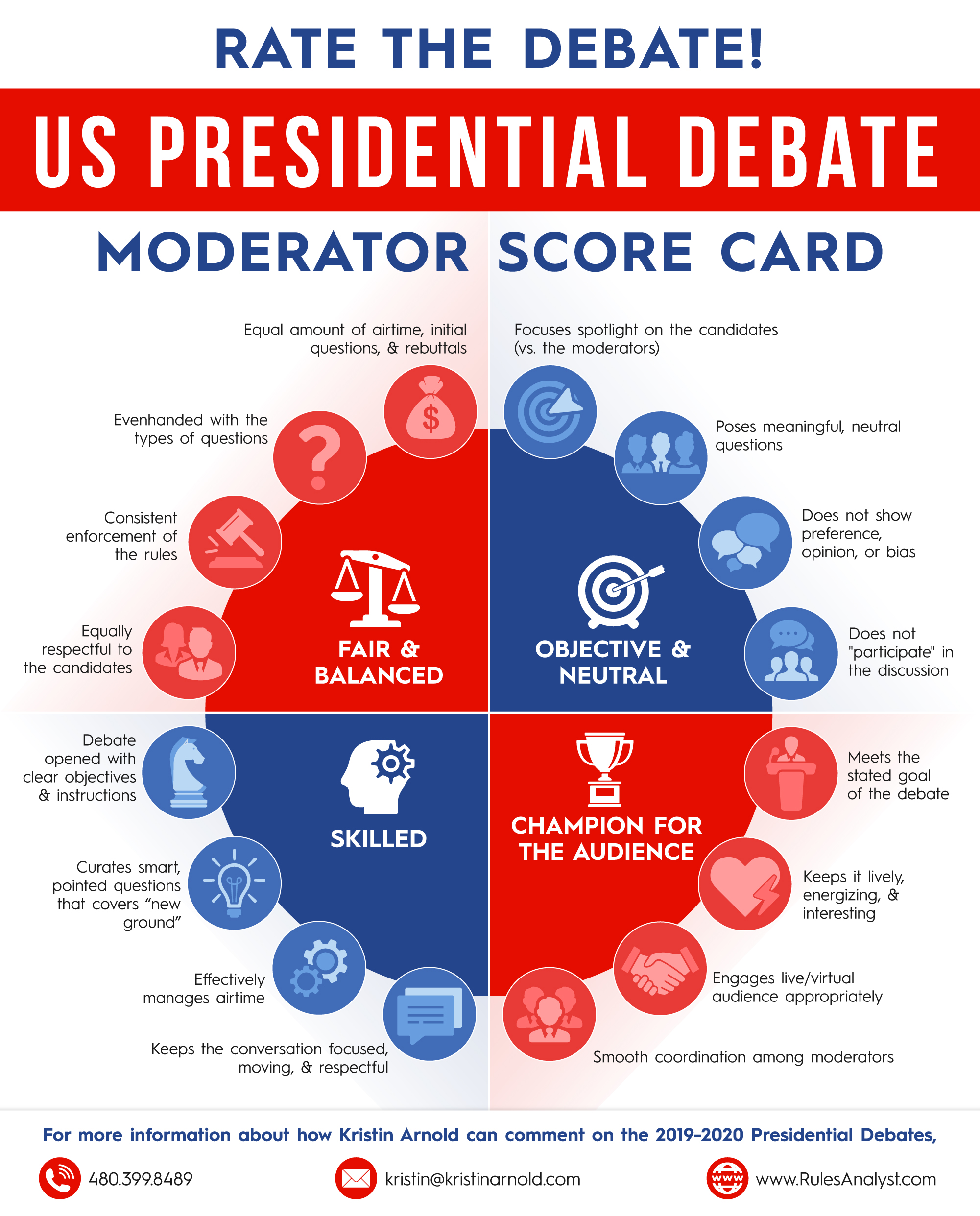 Specifically, I’ll be capturing the data: how long did each candidate speak? How many initial questions? How many rebuttals? Interruptions? A veritable wealth of information that will tell us immediately how fair and equitable the moderators are with the candidates. Check in on this blog for the latest deep dive into how the moderators kept the debate on track here!
For more information, check out my website at www.RulesAnalyst.com.  Book me now to comment (live , Zoom, or pre-recorded interviews) on next week’s debate by calling me at 480.399.8489 or set up a time to talk here.