How to Use BINGO During a Panel Discussion 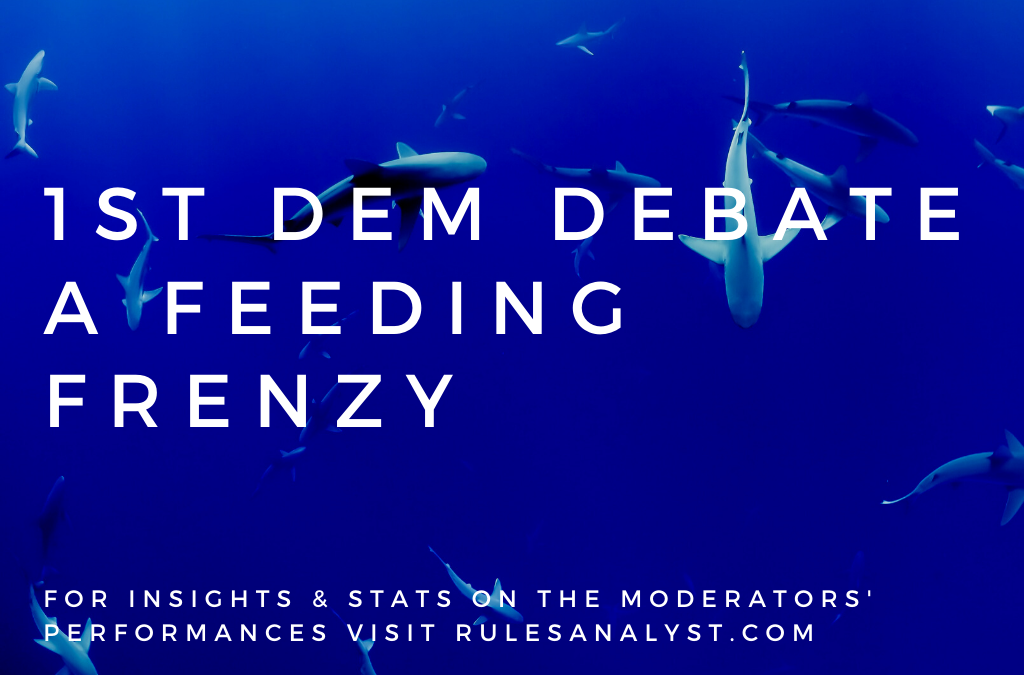 As I predicted, round two of the first Democratic Primary Debate was more feisty.  Moderator Lester Holt called it “spirited.”  I’ll call it a feeding frenzy – and that is directly attributable to the moderator(s) skills (or lack thereof).

Last night’s debate was the warm-up show where the candidates learned a few things:

As far as the questions go, they weren’t terribly heavy on substance and how-to, but I have a feeling later debates will get into more detail.  They were exceedingly left-leaning (but I’m not surprised as it IS a Democratic Party Debate!).  Media Research Center found that “70 of the 102 distinct questions at the two debates echoed liberal talking points or were framed around a liberal world view, vs. only 13 that challenged liberal/Democratic assumptions. Another 19 questions were framed in a neutral fashion, or were neutral follow-ups to previous questions.”

The point of this debate was to introduce the candidates and their positions to the American Voters (not just Democrats, BTW).  And I hope I have introduced you to the importance of a fair, objective, and skilled facilitation!

“Taking stock after the second night, Ms. Maddow had an answer that was better than any of her questions.  Moderating such an event was, she conceded, ‘not a thing that humans can do, and we should never do it again.'”

Well, we’ll be doing it again next month for the second Democratic primary debate series – and in the meantime, let’s make all our panel discussions (and debates) extraordinary!