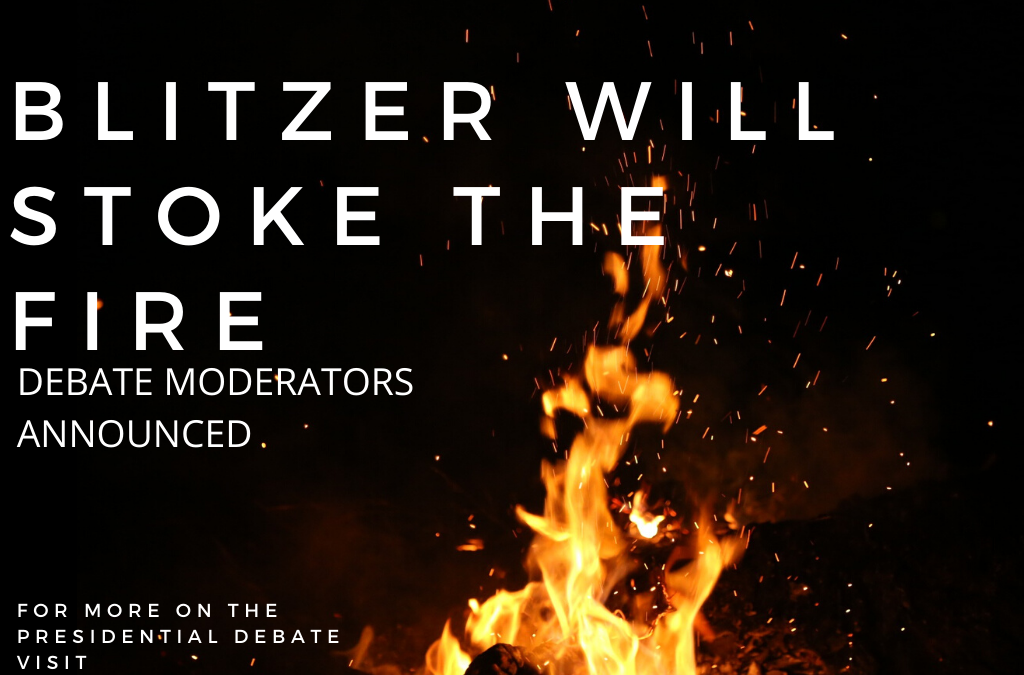 Two completely different styles.  Uh-oh.  What are we in for?  Hardball or a softie moderator?

There are two things I know for sure about Blitzer by looking at his past performances (Can’t comment on Phillip or Pfannestiel – yet):

“A healthy, 30-year-old young man has a good job, makes a good living, but decides: You know what? I’m not going to spend 200 or 300 dollars a month for health insurance, because I’m healthy; I don’t need it,” Blitzer said. “But you know, something terrible happens; all of a sudden, he needs it. Who’s going to pay for it, if he goes into a coma, for example? Who pays for that?”

“In a society that you accept welfarism and socialism, he expects the government to take care of him,” Paul replied. Blitzer asked what Paul would prefer to having the government deal with the sick man.

“What he should do is whatever he wants to do, and assume responsibility for himself,” Paul said. “My advice to him would be to have a major medical policy, but not before —”

“That’s what freedom is all about: taking your own risks.,” Paul said, repeating the standard libertarian view as some in the audience cheered.

“But congressman, are you saying that society should just let him die?” Blitzer asked.

“Yeah,” came the shout from the audience.

With only five candidates on the stage and lagging ratings, I imagine Blitzer and company will stoke the fire and stir up some controversy.