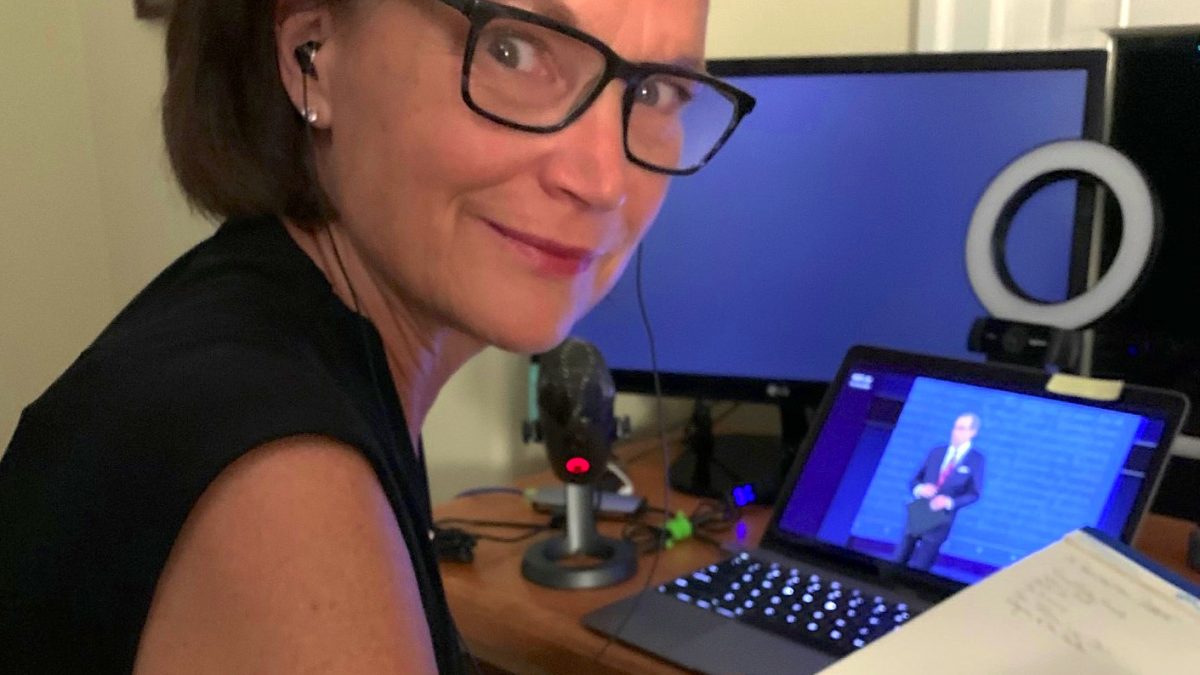 The highly anticipated first 2020 Presidential Debate started normally enough.  Moderator Chris Wallace shared the debate format and assured the audience that none of the questions had been shared.

The only directive that was followed was that the in-person audience of 100 people remained silent throughout the entire debate.  Probably because they were too busy rolling their eyes over all the interruptions, name-calling, and cross-talk.  Wallace struggled to keep control and it quickly descended into a mud-slinging brawl.

As a professional panel moderator and commentator on the Presidential debates, I was not surprised that Chris Wallace took a rather passive approach to moderating the debate.  Fox News reported that he said,

“I hope to remain as invisible as possible…I’m trying to get them to engage…to focus on the key issues…to give people at home a sense of why they want to vote for one versus the other… If I’ve done my job right, at the end of the night, people will say, ‘That was a great debate, who was the moderator?’”

Well, Chris, you were too invisible.  After the first question about the Supreme Court nominee was answered by each candidate, President Trump came out swinging.  After a few back-and-forths, Wallace clarified that they were indeed in “open discussion” – evidently with no further rules of engagement.

So Trump came out swinging, not even letting the moderator complete his question.  Wallace appealed to the president, assuring the candidates that “they had a lot to unpack here.”  Just a few minutes later, he pleaded with both the candidates to be able to ask his question.  Exasperated, he declared, “I am the moderator of this debate.  I would like to ask this question!”  As an aside, Trump acknowledged, “I guess I’m debating you (Wallace) vs. him (Biden).”

And we were less than 15 minutes into the debate.  Oh goodness gracious!

It got nasty with Vice President Biden calling Trump a “liar” and telling him to “shut up.”  Ugh.  At this point, my phone blew up with texts about my opinion of the debate.  All I could say was “Ugh.”

The first few minutes of the debate are critical.  It sets the tone of what you expect and what you will tolerate.  I am shocked that Wallace expected these two to be civil debaters. Unlike 2016 between Clinton and Trump, it became completely evident to me that they not only don’t respect each other, they despise each other.  I learned more about what they don’t like about each other than their vision for the country that they want to lead.

At minute 21, we moved on to the next segment and I’m thinking, “This is a fabulous time to level-set.  To clarify the initial ground rules and to set some new boundaries in place.”

What kind of boundaries?  How about a bit more structure to the “open discussion,” similar to what you would see in a typical debate where each side can comment/rebut.  Or point to the person to speak. Turn on/off the microphone. Stop the debate until you get agreement to the ground rules.  Stop the debate when a rule is broken.

But no, reset to more firm control of the conversation did not happen.  Even though Wallace reinforced that each candidate was to have two minutes of uninterrupted time to speak, the bad behavior persisted.  Even Wallace started interrupting and after raising his voice, questioned his own behavior “Why should I be different than the two of you?”

In the “invisible” school of moderation, there is a train of thought that “people who are watching the debate want to see how the candidates answer, react.  They don’t really care about the moderator.”   Yet after all this mudslinging, I was so disgusted with the candidates’ bad boy behavior that I still don’t know what they stand for (other than their intense desire to disparage their opponent).

There were a couple of things Wallace did well as the debate moderator:

During his summary comments, Wallace called the debate “an interesting hour and a half.”  “Interesting” is such an interesting word.  Most of my friends walked away from the debate midway and I’m not sure how many will tune in to the next Presidential debate in two weeks.  (VP debate is next week).  Let’s hope Steve Scully learns how roughshod these two can be, institutes stronger ground rules, and reigns them in tighter.