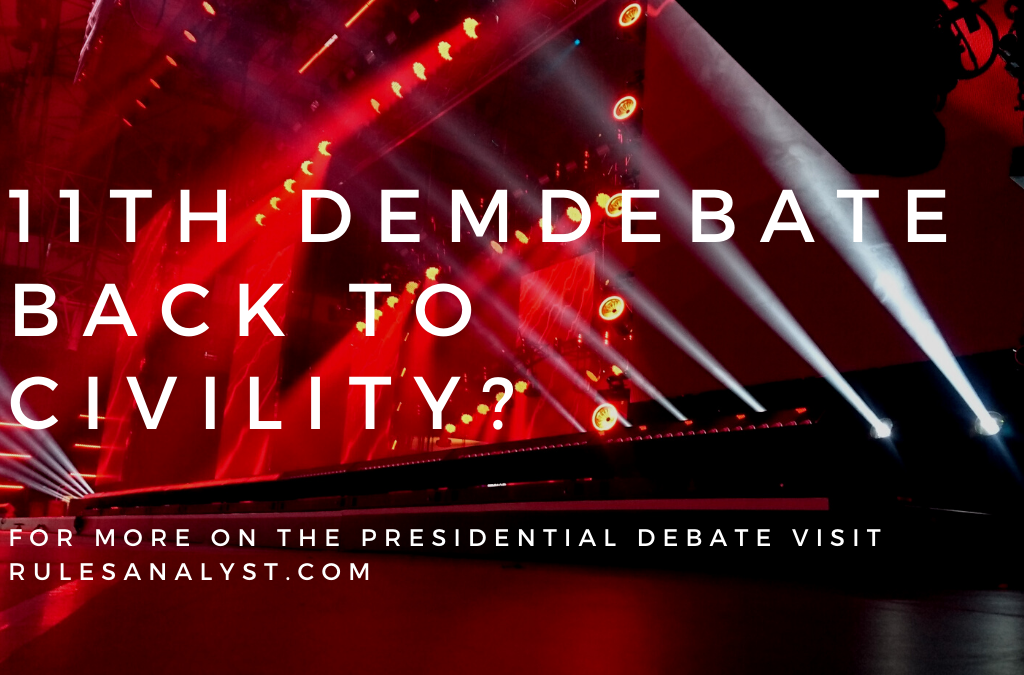 Unlike the free-for-all we witnessed at the last debate, these moderators have actually moderated a presidential primary debate!  Yes, experience matters and Bash and Tapper teamed up to moderate “Round 2” (occurred over two nights so they got twice the experience) and Ramos moderated the third debate.

According to Nielsen, an average of 15.3 million viewers watched the last debate and the stakes are even higher.  The two (count ’em!) remaining candidates represent significantly different platforms that need to be explored.

Since there are only two candidates and only two hours, perhaps the moderators will move from the 75-second response/45-second rebuttal ground rule.  A longer time to allow for a deeper discussion with some actual back-and-forth between the candidates would be lovely. The moderators in the 9th Debate encouraged the candidates to “directly engage with each other.”  Let’s hope they encourage direct conversation again, but with a dose of structure and not as much crosstalk!  (Just check out the spike in crosstalk during the last two debates!) 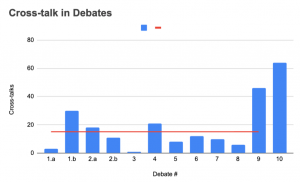 The moderators will ask probing questions that draw out the candidates’ differences in their policies, positions, and how they plan to get it done.

You can expect more of the same from all of them – with topics of critical importance to voters.  (Unlike the last debate, Bash, Tapper, and Ramos have a track record of discussing relevant topics!)

Even though front-runner Joe Biden likes to play by the rules and stay on time, let’s hope the moderators facilitate the conversation without being too controlling, probe deeper when a candidate says something new to explore and keep the conversation civil among two rivals.